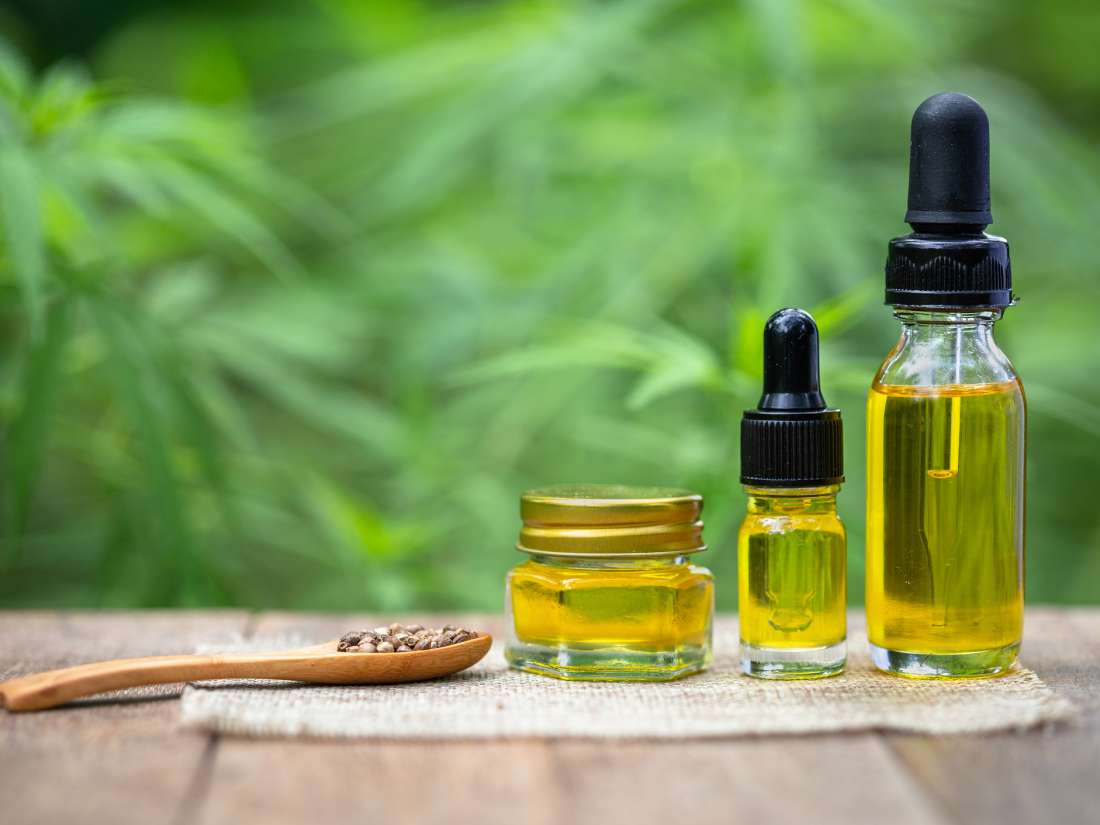 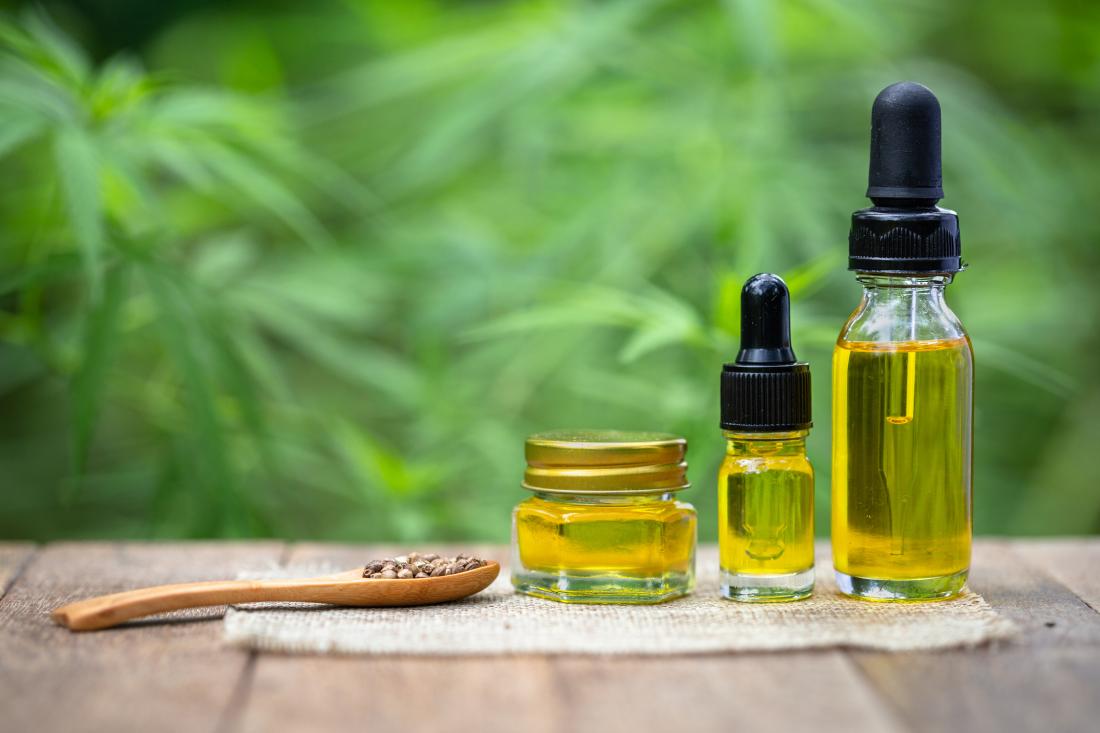 New research questions the benefits of medicinal cannabinoids for treating anxiety or depression.

A recent paper on the findings in The Lancet Psychiatry describes how the study, which takes the form of a meta-analysis, combines and analyzes data covering 3,000 people in 83 studies from 1980 to 2018.

The analysis focuses on the effectiveness of cannabinoids in the treatment of six conditions in adults.

The researchers found the evidence to be limited and of a low standard.

They call for high quality studies to examine the various impacts of cannabinoids on people with mental health conditions.

‘Be aware of risks and monitor closely’

They conclude that, given the known risks of cannabinoids, the current evidence of their effectiveness does not justify recommending them as mental health treatments.

The team did find low quality evidence, however, that pharmaceutical tetrahydrocannabinol (THC) can improve anxiety symptoms in people with other conditions, such as multiple sclerosis or chronic pain.

“Our findings have important implications in countries where cannabis and cannabinoids are being made available for medical use,” says lead study author Louisa Degenhardt, Ph.D., a professor at the University of New South Wales, in Australia, and deputy director its National Drug & Alcohol Research Centre.

She predicts that countries that permit the use of medicinal cannabinoids will likely see a rise in demand for such use.

Prof. Degenhardt suggests that doctors and people seeking mental health treatment need to recognize the risks of using cannabinoids and be aware that current evidence of their effectiveness is limited.

“Those who decide to proceed,” she adds, “should be carefully monitored for positive and negative mental health effects of using medicinal cannabinoids.”

Humans have used the cannabis, or marijuana, plant medicinally for thousands of years.

However, it was only in the 1990s that scientists discovered the endocannabinoid system and how its interaction with plant-derived and synthetic cannabis compounds, or cannabinoids, can affect the brain.

There are around 100 or more cannabinoids that can interact with the endocannabinoid system. The two major ones are delta-9-tetrahydrocannabinol, or THC, and the less potent cannabidiol (CBD).

The availability and use of medicinal cannabinoids is increasing worldwide, with mental health issues among the most common reasons.

However, this increase is also raising concerns because much research on nonmedical cannabis use has shown that it can increase symptoms of psychosis, depression, and anxiety.

Medicinal cannabis use encompasses use of any part of the cannabis plant or extracts, while pharmaceutical cannabinoids are “pharmaceutical-grade medicinal extracts with defined and standardized [THC] with or without CBD.”

Of the 83 studies that the researchers included in the meta-analysis, 40 were randomized controlled trials (RCTs), that is, the participants did not know whether they were taking an active substance or a placebo.

The rest of the studies were open label, that is, the participants knew which substances they were taking.

Of the included studies, the numbers that had examined the effectiveness of cannabinoids as a treatment for each of the six mental health conditions were as follows:

Apart from those that looked at anxiety and depression, the main reason for cannabinoid use in all the RCTs was to treat the particular mental health condition.

For the majority of RCTs that looked at anxiety and depression, the main treatment target was another condition, such as multiple sclerosis or noncancer pain.

Most of the RCTs investigated the effectiveness of THC with or without CBD; few looked at medicinal cannabis or pharmaceutical CBD.

The analysis revealed that anxiety symptoms improved among people who took pharmaceutical THC — with or without CBD — to treat other conditions. However, it was not clear whether the improvement was the result of cannabinoid use or improvement in the other medical condition.

Use of pharmaceutical THC — with or without CBD — led to worse negative symptoms of psychosis. In addition, it did not have a substantive impact on the main outcomes of the other three mental health conditions.

However, for all the mental health conditions, the RCTs that looked at pharmaceutical THC, with or without CBD, did show greater numbers of people who experienced adverse side effects or who withdrew as a result, among those who took the active drug, compared with those who took a placebo.

Prof. Degenhardt and her colleagues point out that among the limitations of the analysis were that the studies were small, yielded different findings, and that the data were not extensive.

Another point to bear in mind is that most of the studies looked at pharmaceutical cannabinoids, whereas, in the United States, for example, the increase in medicinal use is among those who use plant products.

In a linked commentary, Dr. Deepak Cyril D’Souza, a professor at Yale University School of Medicine, in New Haven, CT, says that in the development of modern drugs, demonstration of effectiveness in clinical trials typically precedes medicinal use.

However, in the case of cannabinoids, it seems that the cart has come before the horse: Medicinal use has preceded the garnering of clinical trial evidence.

“For cannabinoids to be used in the treatment of psychiatric disorders, they should be tested in RCTs and subjected to the same regulatory approval process as other prescription medications,” he concludes.

Tom Freeman, Ph.D., a senior lecturer at the University of Bath, in the United Kingdom, and the lead director of the university’s Addiction and Mental Health group, agrees that the study highlights the dearth of good quality data on the safety and effectiveness of cannabinoid use in mental health treatments.

“Given the significant demand for access to these medications from patients,” he continues, “further research is urgently needed to strengthen the evidence.”

“There is a notable absence of high quality evidence to properly assess the effectiveness and safety of medicinal cannabinoids, compared with placebo, and until evidence from randomized controlled trials is available, clinical guidelines cannot be drawn up around their use in mental health disorders.”