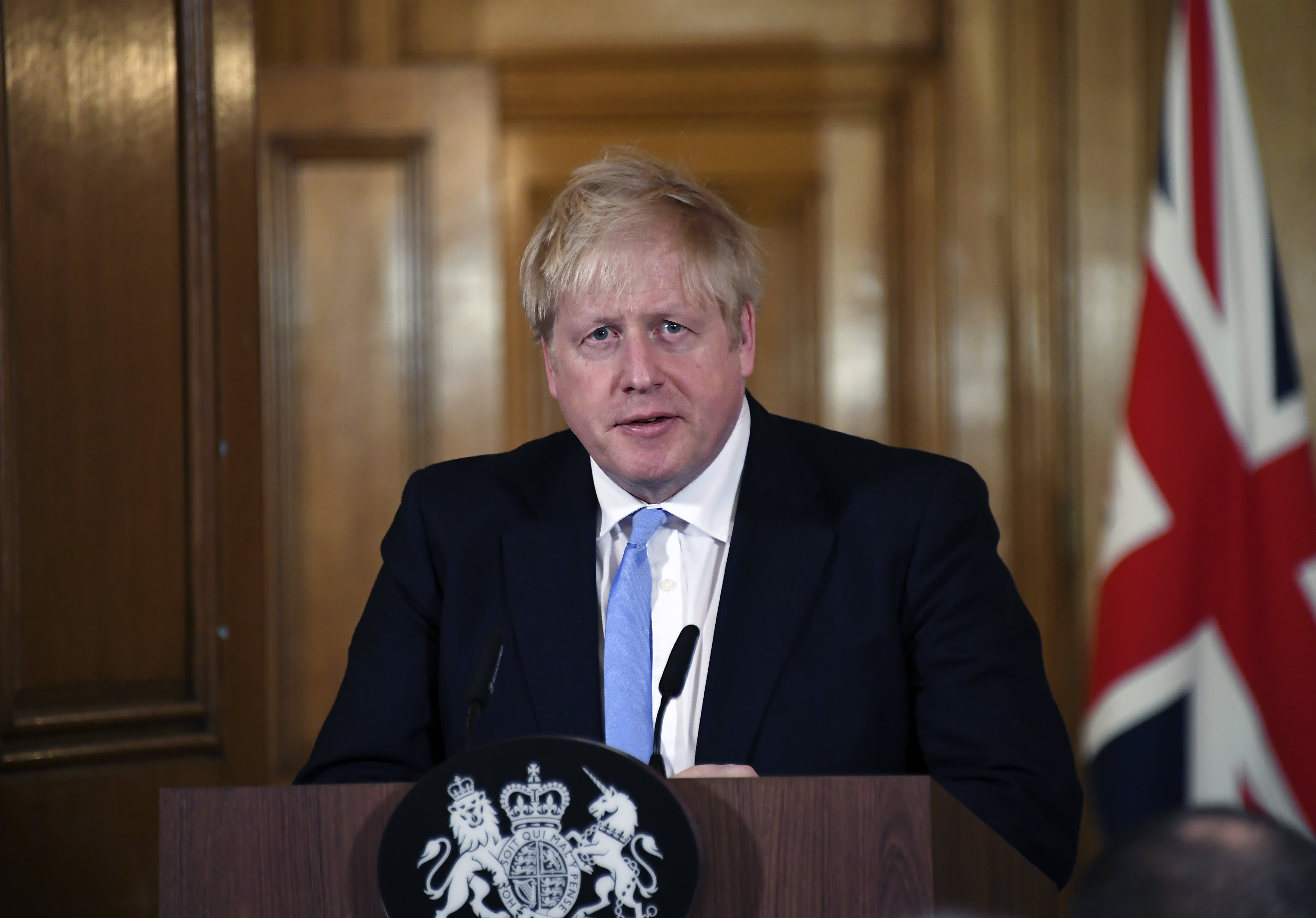 UK Prime Minister Boris Johnson speaks and takes questions during a press conference in Downing Street regarding the coronavirus outbreak, on March 9, 2020. in London, England.

U.K. Prime Minister Boris Johnson has spent a second night in an intensive care unit in hospital, but his condition is stable, according to officials.

“The Prime Minister’s condition is stable and he remains in intensive care for close monitoring. He is in good spirits,” Downing Street said in a statement Tuesday evening.

Johnson was admitted to the unit in St. Thomas’ Hospital, London, on Monday evening after his coronavirus symptoms worsened.

It was announced on March 27 that Johnson had tested positive for the coronavirus, but he wasn’t admitted to hospital until Sunday for “tests” due to persistent symptoms of the virus, including a cough and fever.

Speaking at the government’s daily press conference Tuesday, Foreign Secretary Dominic Raab, who is deputizing for Johnson, said the prime minister had been “receiving standard oxygen treatment and breathing without any assistance.”

“He’s not required any mechanical ventilation or noninvasive respiratory support. He remains in good spirits and in keeping with clinical practice his progress continues to be monitored closely in critical care,” Raab said.

The U.K. reported its largest daily rise in deaths so far on Tuesday, with 786 fatalities reported, taking the overall death toll to 6,159 people. The sharp rise in deaths (up from 439 reported Monday) has been partly attributed to a lag in data collection from the weekend, Sky News reported. To date, 55,242 people in the U.K. have tested positive for the virus.

Officials said there are tentative signs that the spread of the virus is slowing. The government’s Chief Scientific Adviser Patrick Vallance said Tuesday that it was “possible that we’re beginning to see… the curve flattening.” He said it would be another “week or so” before there could be any certainty of that, however.

Johnson was the first world leader to contract the coronavirus and his admission to intensive care has shocked many. On Tuesday, he was sent best wishes from leaders in Europe, and President Trump, who called him a “very good friend.”