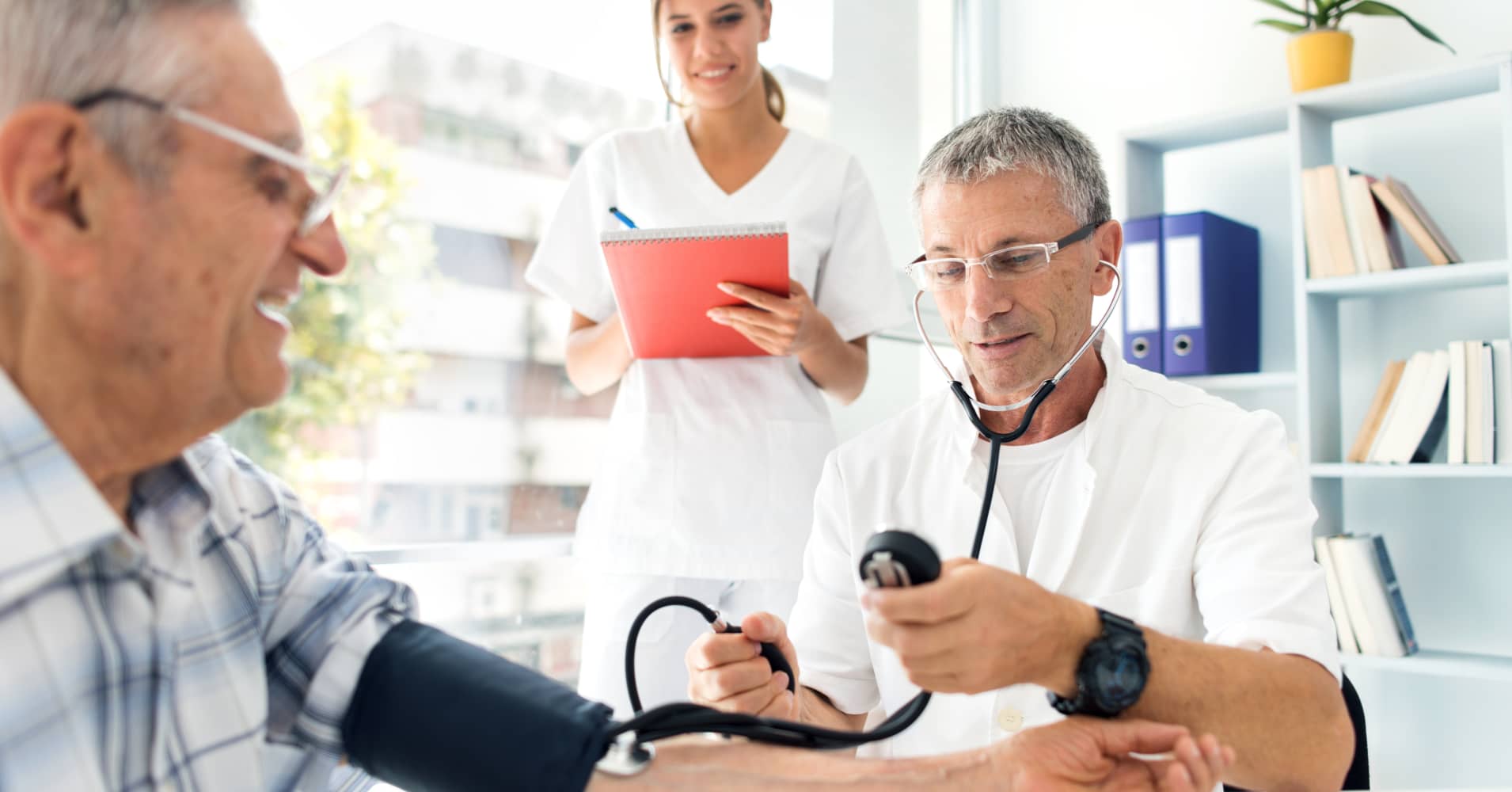 Samsung announced a new line of wearables this week, including a new smartwatch called Galaxy Active. The device claimed to monitor users’ blood pressure, which some suggested would put it ahead of its key rival, Apple, as the first big tech player to make such an important breakthrough.

My BP Lab. From mid-March, users can download the My BP Lab app via the Google Play Store, which now integrates directly to the Galaxy Watch Active and the Galaxy line of smartphones. The company added in a statement that this would allow people to “monitor blood pressure and keep better track of their physical health every day.”

Meanwhile, Apple doesn’t monitor blood pressure via its device. What it does instead is to integrate with third-party, FDA-approved wireless devices like Qardio and Omron to integrate readings for these devices, so users can compare it to the other things they track, like steps and sleep.

So is Samsung really ahead of Apple? And if it is, why does that matter?

Tracking blood pressure outside of the doctor’s office is a very big deal. Hypertension affects about one-third of Americans, and is linked with heart disease, strokes, kidney disease and all sorts of other complications when it isn’t properly managed. So any company that can figure out a way to make it easier to measure without a cuff could crack open a massive multi-billion dollar market.

For that reason, most of the major tech companies are working on it, mostly in secret, including Samsung, Alphabet and Apple. Among these tech players, Samsung has been most open about its plans: “We are paying attention and we want to bring that capability (continuous blood pressure monitoring) to the wearable,” Jack Ahn, its vice president of health strategy and R&D, told CNBC recently.

But that’s easier said than done. Blood pressure is a dynamic measurement and that it’s notoriously difficult to measure from the wrist via a smartwatch. There’s also a lot of variation in the human body, so clinical studies often fail once they migrate from the lab to the real world. A lot of companies have tried and failed to do it.

Samsung has certainly made a step in the right direction, but it’s not groundbreaking — at least not yet.

A spokesperson for the company confirmed the following when asked by CNBC for more information:

Samsung did not respond to a request for more information on whether the company integrates with third-party wireless cuffs, how often it needs to be calibrated to a cuff and how it validates accuracy. Thus far, it has not shared information on whether it has been cleared by the U.S. Food and Drug Administration.

But the tidbits it did share are revealing. Alexis Zervoglos, chief business officer for another company in the space, Qardio, has some ideas about how it will probably work.

“I can only guess that they are planning on a fitness blood pressure reading calculated from the optical sensor that use for heart rate monitoring. It would be an estimation of blood pressure in that case, but could not be used for diagnosis,” he explained.

Samsung has taken a “step forward,” agrees Shahid Azim, a serial entrepreneur who previously co-founded a blood pressure-monitoring wearable. “But we’ll have to wait and see on what the consumer experience is like, including how often they need to calibrate with a cuff or whether it can pick up on the most extreme cases of high blood pressure, which is a known problem.”

The product could prove useful, especially when comparing the measurement to other factors that might impact user’s blood pressure, like exercise. But it’s not enough of a breakthrough to give Apple a scare — at least not yet.