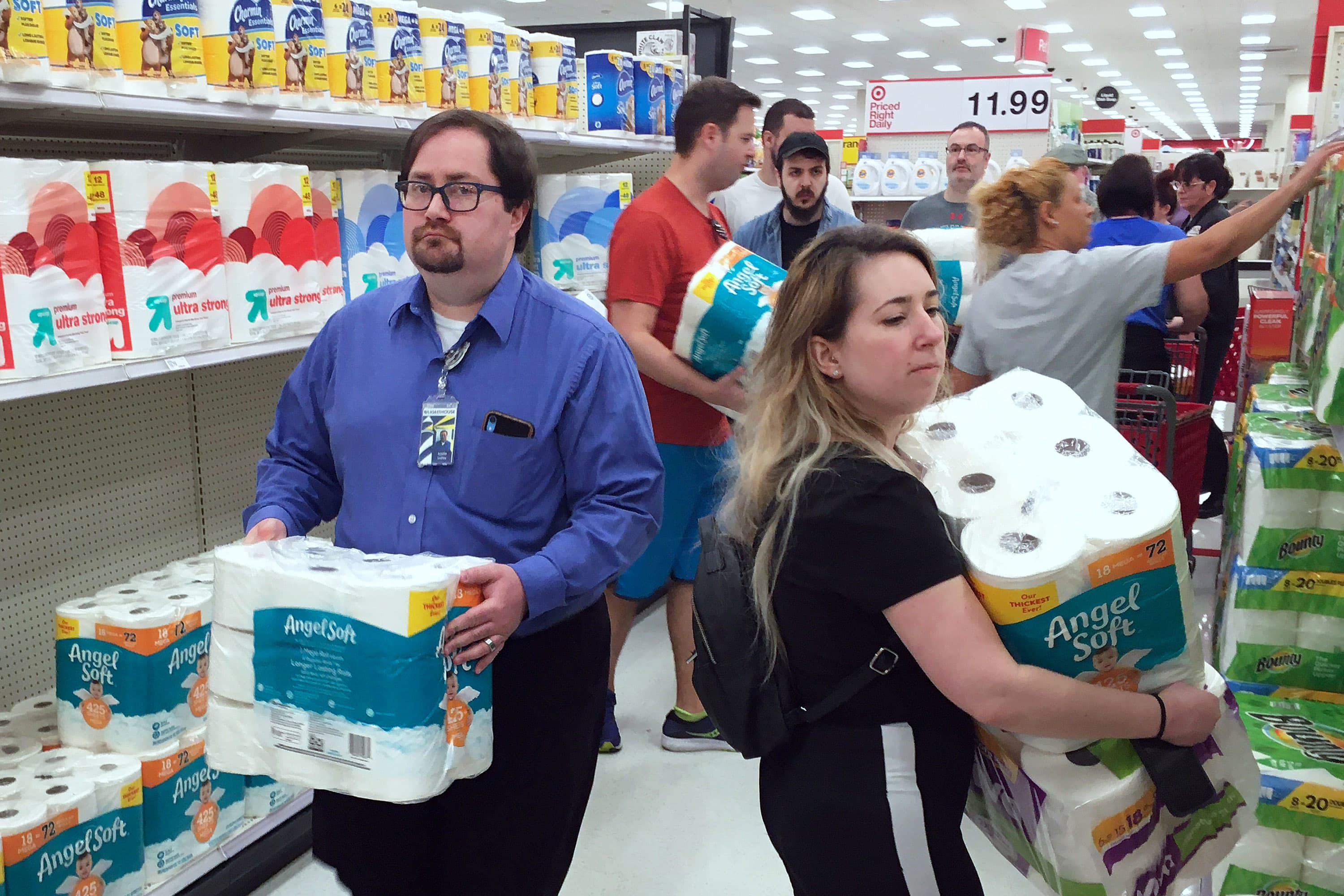 Adam Ryan, a Target worker and liaison for employee coalition Target Workers Unite, said Friday that hourly wage earners have been forced to make an impossible choice during the coronavirus pandemic: Skip their paycheck or risk getting sick.

In an interview with CNBC’s Squawk Alley, he said even before the global crisis, hourly workers in the U.S. struggled to make ends meet with low wages and few, if any, benefits. He said many lived paycheck-to-paycheck and some were even homeless. Now, he said, they’re putting their lives at risk.

“We were constantly told before the pandemic that we don’t have real jobs,” he said referring to a general societal message towards hourly wage earners from some U.S. politicians, employers and even customers. “We’re not real workers. We shouldn’t expect things like health care — or even respect or dignity. And that’s still the situation in the middle of a pandemic.”

Ryan is a participant in a nationwide strike against some of the country’s largest retail and delivery companies, including Walmart, Amazon, FedEx and Instacart, that planned a walkout Friday to call attention to the hazards they say they’ve faced on the job during the coronavirus pandemic. The protest was planned for International Workers Day. It coincided with the lifting of many states’ stay-at-home orders.

Along with asking workers to call in sick or walk out on their jobs, protest organizers asked customers not to patronize the businesses on May 1.

Customers rush to purchase toilet paper at a Target store during the panic shopping. People stock up on food and personal hygiene products in response to the coronavirus (COVID-19) pandemic.

Ryan estimated that about 300 or more Target workers are participating, but he said organizers “won’t have a full count until after today.”

“We’re trying to lead the way in showing that there’s an alternative here where we don’t have to choose between sacrificing our lives for a paycheck that isn’t going to cover our medical expenses or our funeral expenses if we catch this virus or die from it,” he said.

In a statement, Target said it encourages its more than 340,000 employees to share concerns, so it can resolve them. It said it’s “introduced dozens of new measures aimed at keeping our frontline team members healthy and creating a safe environment for families across the U.S. to shop for the essentials they need.”

Other companies have echoed Target and issued similar statements, emphasizing their focus on safety and willingness to listen to feedback.

Instacart said in a statement that it “has been diligently working to offer new policies, guidelines, product features, resources, increased bonuses, and personal protective equipment to ensure the health and safety of shoppers during this critical time.”

The protest is the latest in a series of organized actions by essential workers who say they’re putting their health and safety at risk as the huge companies they work for see a surge in sales. They’ve pushed companies for hazard pay, protective gear and guaranteed compensation if they get sick with Covid-19 or must take off because of pre-existing health risks or exposure to a sick person.

Companies, however, say they’ve already rolled out additional safety measures and in some cases, announced higher pay and bonuses. For example, Walmart and Amazon, have added mandatory temperature checks of workers, provided masks and increased pay for some workers by $2 an hour.

Amazon said on Thursday it will spend its entire second quarter profit — an estimated $4 billion — on coronavirus-related expenses, such as Covid-19 tests for workers and changes to its network to speed up customer deliveries.

Target said it’s spent more than $300 million on coronavirus-related expenses, including increased pay, bonuses and additional child care. The retailer extended its $2 an hour temporary pay increase for store employees, additional child care benefits and paid leave policy for older or at-risk members of its workforce until May 30. The retailer’s CEO Brian Cornell said Target will have lower profits in the quarter because of the expenses.

But Ryan said Target’s pay increase isn’t enough. He said the retailer already planned to boost pay from $13 an hour to $15 an hour this year. He said the company is essentially just accelerating that.

He said Target and other retailers must do more to enforce guidelines with customers, too. He said the workers have been disturbed to see heavy foot-traffic at stores and some customers ignoring social distancing measures.

“It conveys to us workers that a lot of folks just aren’t taking it seriously and they’re not considering our health or our safety as the workers,” he said.