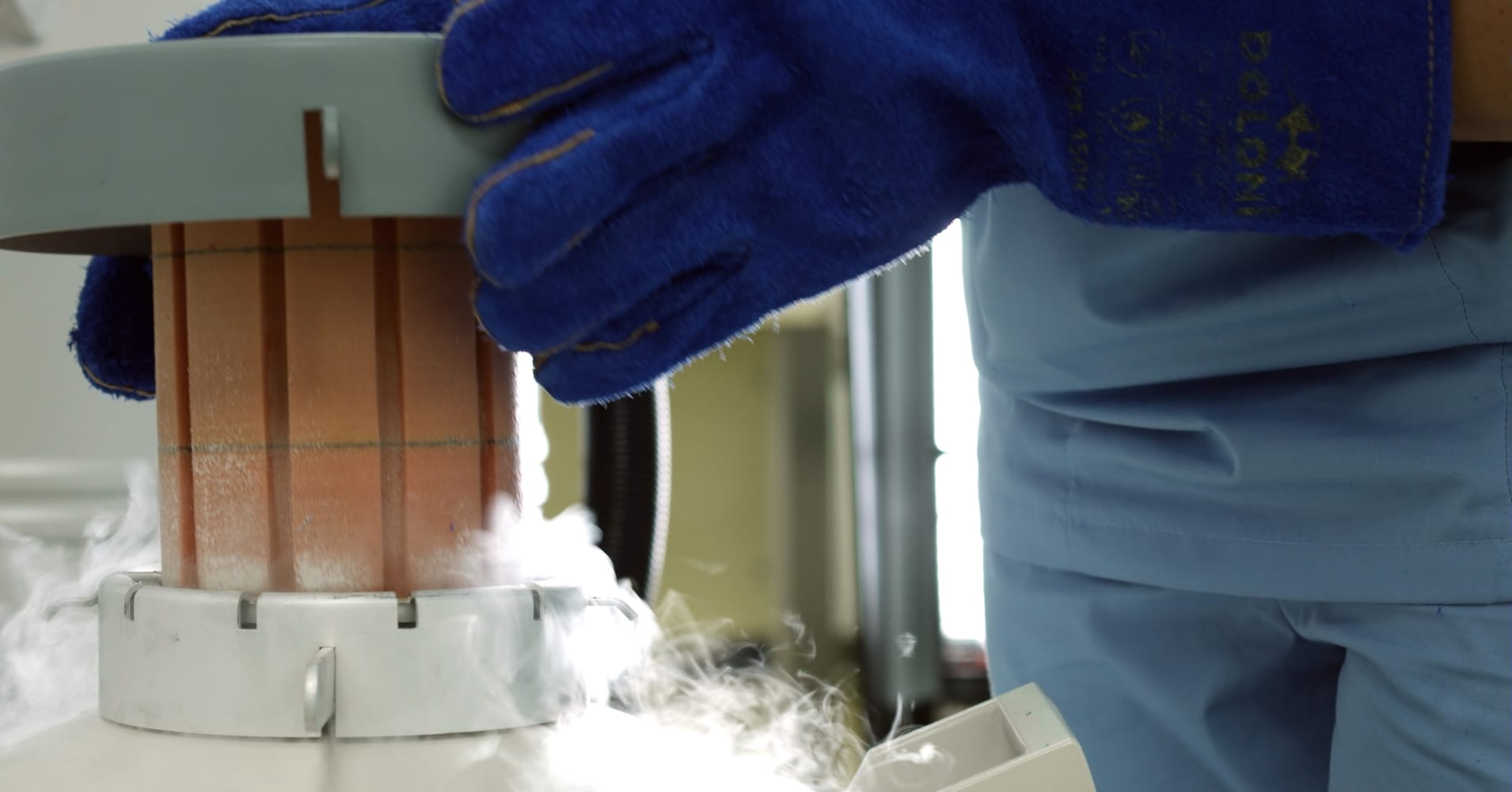 Many employers in the tech industry and beyond are looking to retain talent by offering some level of coverage for egg-greezing. These now include Apple, Alphabet, Microsoft, Yahoo and Uber, to name just a few.

David Schlanger, the CEO of a company called Progyny which works with many of these large employers to help women access these benefits, said that roughly 1 in 8 women struggle with fertility. “Women are waiting longer and longer to have children for the first time in history,” he said.

Despite the need, women’s health, or “femtech,” has historically been underfunded by venture capitalists. According to Pitchbook, total investments globally barely cracked $100 million five years ago. That’s in part because the venture capital industry is more than 90 percent male, and as some recent reports have noted, it’s such a challenge to get funded that some female entrepreneurs are resorting to bringing their husbands along to pitch meetings so they can get taken seriously.

But that’s starting to change. Simmons is among many women who are motivated to do more in women’s health because of both the business opportunity, and the need.

Piraye Yurttas Beim, a scientist and entrepreneur, started her own company, Celmatix, after realizing that most women had no window into their fertility.

So her company developed a genetic test, dubbed Fertilome, to screen women for potential fertility risk factors. Beim was one of the early adopters of the test. And the results prompted her to fast track her own pregnancy plan.