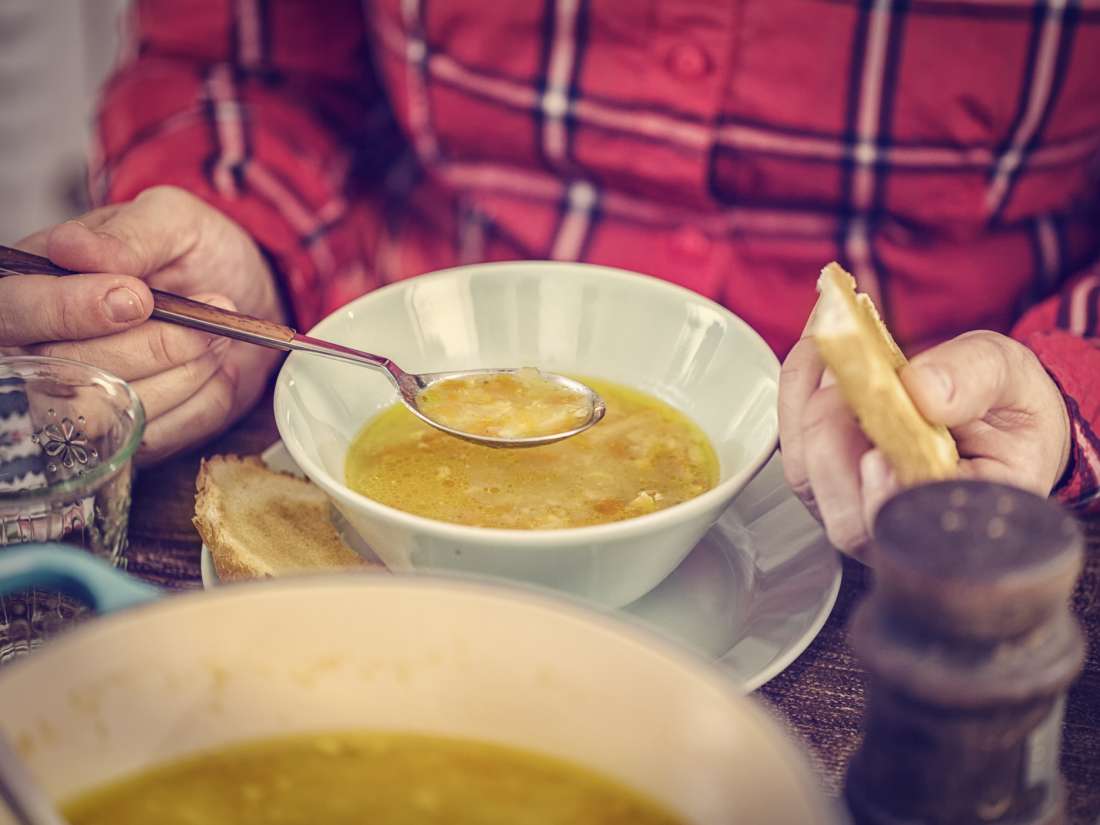 A new paper suggests that certain traditional soup broths may contain active ingredients that could help fight off malaria.

The research appears in the BMJ journal Archives of Disease in Childhood, and professor Jake Baum, from the Department of Life Sciences at Imperial College London in the United Kingdom, is the last and corresponding author of the paper.

As Prof. Baum and his colleagues mention, almost half of the world’s population is at risk of developing a malaria infection, with half-a-million children dying as a result of the condition each year across the globe.

Several parasite species from the Plasmodium genus cause malaria, but Plasmodium falciparum, specifically, is responsible for 99% of the deaths. P. falciparum is increasingly resistant to antimalarial drugs, explain the researchers, which makes the need for new therapies imperative.

Prof. Baum and team started from the observation that the newest antimalarial drug, called artemisinin, derives from qinghao, a traditional Chinese herb from the Artemisia family.

In fact, qinghao has been a part of traditional Chinese medicine for over 2,000 years, and people have used it to treat malaria-related fever.

So, the researchers wondered, are there any other traditional, natural remedies with antimalarial properties? To find out, they screened 60 traditional soup broths — with renown fever-reducing properties — that originated from countries in Europe, North Africa, and the Middle East.

After eliminating these soups, the researchers had 56 soups available for testing. The team incubated filtered soup extracts for 72 hours with different P. falciparum cultures to see if the soups would stop the growth of the parasites.

Specifically, the scientists wanted to see if the broths would block sexually immature, disease-causing parasites from maturing to the point where they become infectious.

The results revealed that five broth samples stopped the parasite’s growth by more than 50%, with two of these being as effective against malaria as a common antimalarial drug called dihydroartemisinin.

Four other samples were more than 50% effective in stopping P. falciparum, which suggests they may be able to block the transmission of malaria entirely.

These broths were either vegetarian or contained chicken or beef, and the researchers could not find one common ingredient between all of them. However, they did not collect the recipes for the soups.

Intriguingly, two of the four soups that were more than 50% effective at stopping malarial infection came from the same household.

Finding out which ingredients have the highest antimalarial activity should be the focus of future research, say the authors.

They also write that “The utility of any broth found to have antimalarial activity will […] depend significantly on standardization of soup preparation and ultimately identification of the active source ingredient.”

“[D]detailed toxicology with first human cells and later preclinical trials” will also be necessary. But, they continue, “This journey, mirroring that of artemisinin from the qinghao herb, may yet reveal another source of potent anti-infective treatment.”

To the authors’ knowledge, this is the first study of its kind. Prof. Baum and colleagues conclude:

“At a time when there is a resurgent voice against evidence-based medicine, such exercises have great importance for educating the next generation about how new drugs are discovered, how they might work, and how untapped resources still exist in the fight against global diseases of significance.”